CBC Radio One broadcast a debate about Is Canada working? The search for jobs in the new world of work on the Sunday Edition on May 5th. You can listen to the debate by clicking here. Three more people should have been there and weren’t: a student, a parent and an employer. They talked about everything under the sun including unpaid internships, fixed term contracts with no benefits, unions and job loss to the U.S. They said nothing that students could sink their teeth into and took 52 minutes to do it.

This isn’t a uniquely Canadian problem. According to the April 27th – May 3rd issue of The Economist, the International Labour Organization believes 75 million young people worldwide are looking for work. “World Bank surveys suggest that 262 million young people in emerging markets are economically inactive”. The population of the United States is 311 million. This generation is now being referred to as the precariate (from precarious). 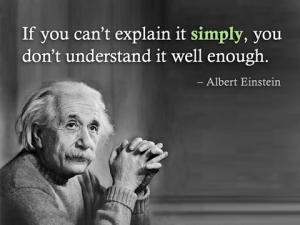 PDD sees the problem this way: primary and secondary education is an industry (read “vendor community”) with a legislated mandate to build graduates (the “product”) destined to be purchased by employers (read “customer”). It takes postsecondary credentials (read “ripening”) before the customer will consider buying them. What they want (“Find a need and fill it”) are graduates who can be easily and profitably integrated into the fabric of their organization and to pass on those who, in their opinion, can’t.

It takes 15 years for a 3-year-old to ride the education industry’s “conveyor belt” through to the end so that they can come off the end as a high school graduate. Seeing as how employers are customers and contribute taxes (involuntarily) to the upkeep and operation of the education system, they expect a return on their investment. At the very least, they expect that the product will:

But it takes much more than a basic education to function in and contribute to a fully developed society, so a basic education won’t buy the bearer very much. The devaluing of graduates has to do with parents and children who have or will bet—and lose—tens of thousands of dollars on an education that can’t be parlayed into work. The rules of employment are changing and the current crop of university graduates is feeling the pain. But employers are still conducting business and some, according to the federal government, are desperate because they can’t find people with the skills they need.

To her credit, one of the CBC panelists suggested that the reason there isn’t anyone available with those skills could be because a lot, but not all, of these employers (customers) are skinflints. That may not be music to the ears of parents who expect more for their children, but employers also have expectations. They also have the jobs.

The current generation is wandering in a wilderness with no compass, no GPS, no 1-800 numbers to call and no clear idea of where it wants to or can go. It’s facing challenges for which it’s not prepared, and even if it cared to look, it would be swamped by more information on the Internet than it can digest, let alone understand and apply.

That’s why there’s a PDD. We have the credentials to help them make sense of what could be happening to them before it happens so that they can consider alternatives. Our parents wouldn’t have believed it: the cost of obtaining a degree goes up; the street value of the degree goes through the floor.

Countries like Finland and Switzerland have figured out how to keep youth unemployment at manageable levels. Canada hasn’t. PDD advises parents of soon-to-be high school graduates on how to talk to them about navigating through the wilderness they’re in and where the dragons are. That includes helping them build their résumé, establish a professional Internet presence and execute job search strategies.

The obstacles our young people face are the result of conscious decisions made by human beings, ostensibly about saving us a dollar on a tee shirt by farming manufacturing out to Bangladeshis who take their life in their hands every day they report for work. Come to think of it, the people who worked in the mall that collapsed in Elliot Lake did, too. Shed a tear for Loblaws and RBC. They haven’t heard the end of this yet.

Expectations and education have to be aligned with what the economy can offer. But we have to be careful not to turn bright, young minds off the sciences and technology because that’s where the innovation comes from. Our parents and grandparents migrated to Canada to build a better life for themselves. As painful as it is to write this, and unless something dramatic happens, our children may have to leave Canada to accomplish the same thing.

A U.S. university asked us if we’d be interested in developing course material for aspects of this subject. They told us that by the time they’d completed their research, they’d found only 6 companies that could fill the bill—and that we were the most qualified. We consider that high praise and we extend our thanks.